I made this salad on Christmas day and it was such a hit that I made it again on Sunday for family dinner. The recipe is adapted from Katie Quinn Davies’s first cookbook and it really is the best version of a panzanella salad I’ve come across. Panzanella is a Tuscan dish that uses the bountiful ripe tomatoes in summer combined with torn stale bread that is a staple in Italian kitchens. It’s a great way to use up old bread that you would otherwise throw away, but like Katie, I’m not a fan of the traditional method of soaking the bread in water first. In this recipe the bread is torn, doused in olive oil and baked in the oven to lovely golden crouton which adds a nice crunch to the dish.

This recipe is a little laborious so I prep the capsicum and semi dried tomatoes beforehand so I can throw it all together just before serving.

You can use store bought roasted capsicum and semi dried tomatoes, but theres something about cooking all the elements yourself that make the end result so delicious and I haven’t had a gas stove top for so long that I’m loving being able to add a smoky char to foods like capsicums and corn. You can also coat the capsicum in olive oil and roast them in the oven for 1 hour at 200C fan forced to achieve a similar charring.

I had a little helper when I was setting up to shoot this recipe. She’s my little shadow whenever I’m in the kitchen or shooting. I joke that I’m going to have her trained up in no time, but really I have no idea how I’m going to shoot when theres another set of little hands creeping into my shots soon. 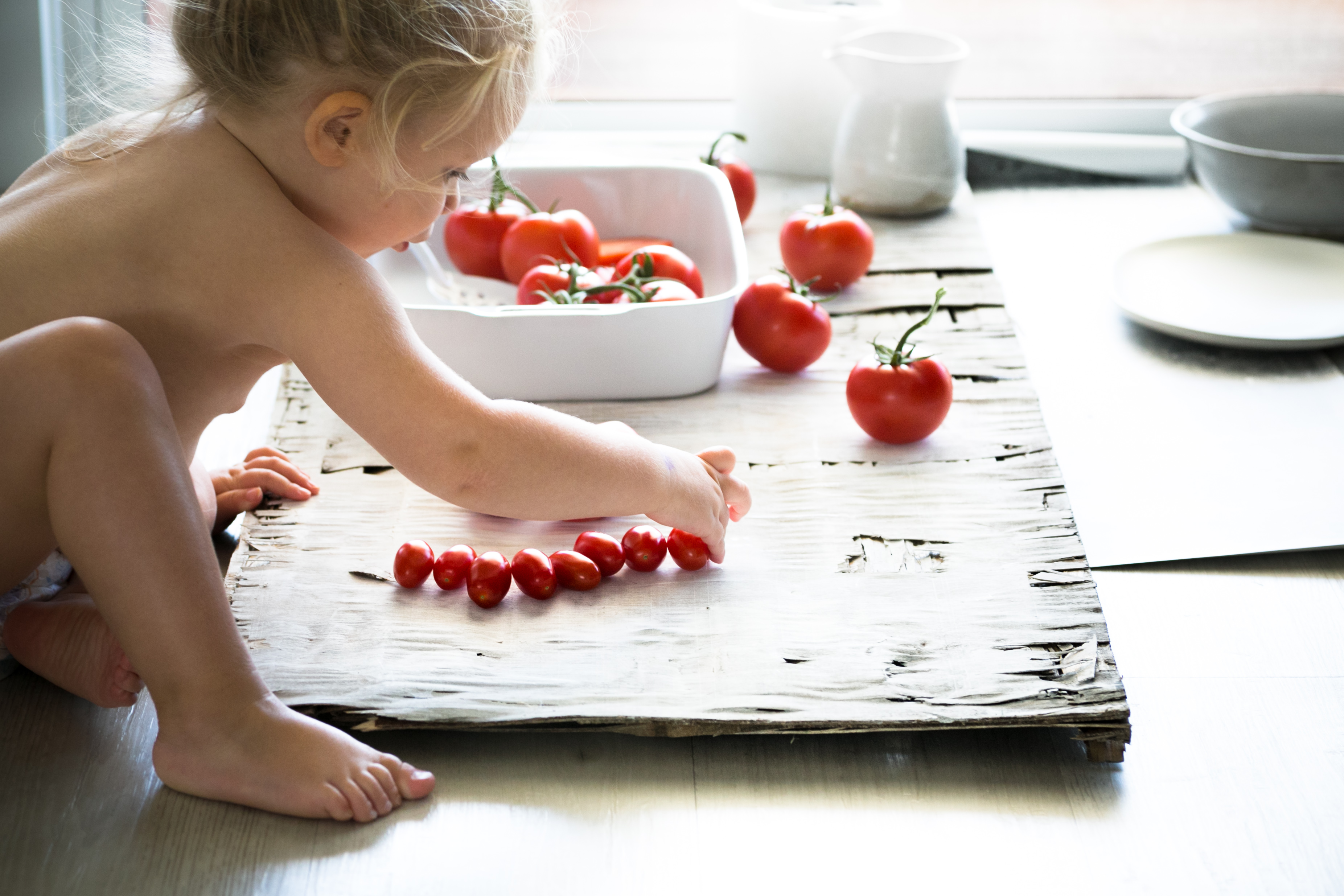 Sign up to receive a copy of my FREE behind the scenes ebook!

Get Food Styling & Photography tips straight to your inbox!

Hi I'm Jo, former yacht chef, now I style and take pretty pictures of food. Originally from Cape Town, South Africa, I now live in Australia with my husband, Corey and our baby girl. Next to them my favorite things include my camera and cheese. We like real, uncomplicated food and letting nature be our muse.

Sign up to receive a copy of my FREE behind the scenes ebook!

Get Food Styling & Photography tips straight to your inbox!